The Wellcome Leap Fund hopes to accelerate discovery and innovation. The plan is over a five-to-ten-year horizon, and run for an initial five years starting in 2020. It will operate in a more venture-based, entrepreneurial way than the trust’s main fund.

“We want to take advantage of the surprising, left-field ideas that pose the question ‘What if?’ and support them in a new way that complements our existing funding structures,” Wellcome director Jeremy Farrar said.

“We think this addresses a gap in funding in the health and life sciences, where venture capital is often injected in the later stages of translation and restricted to investments that will guarantee financial returns.”

He hoped by 2030 the Leap Fund will have produced “a small number of breakthroughs on a vastly accelerated timescale.”

“These may open up entirely new areas of research, allow new scientific questions to be answered, change existing practice within a field or deliver transformative health benefits.” 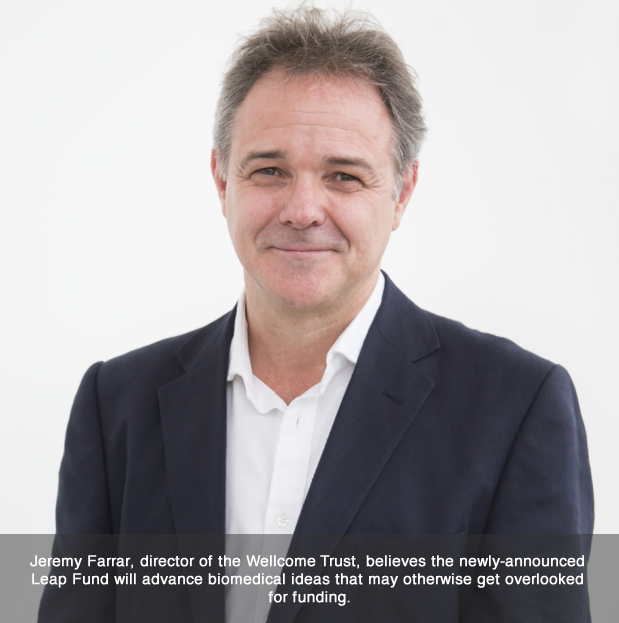 Mr Farrar insisted that the Leap Fund will supplement and not replace existing research programs supported by Wellcome’s primary fund.

The Wellcome Trust is the second wealthiest charitable foundation in the world and is home to the internationally-acclaimed Sanger Institute, which played a central role in the mapping of the human genome.