Scientists in Japan are planning to test a new potential treatment. This would aid in the battle against Parkinson’s Disease using reprogrammed adult stem cells.

Parkinson’s Disease is features a decline in the brain’s ability to produce sufficient levels of the neurotransmitter dopamine. Therefor, this impairment leads to a range of symptoms, including difficulty with movement and speech. Dementia is possible in the condition’s advanced stages.

Using induced pluripotent stem (iPS) cells that stimulate the production of dopamine, the scientists will surgically transplant the reprogrammed cells directly into the brains of Parkinson’s sufferers.

The clinical trial, led by Jun Takahashi at Kyoto University’s Center for iPS Cell Research and Application (CiRA), involves the transplantation of approximately 5 million iPS cell-derived dopaminergic progenitors into the left and right sides of the patient’s putamen, part of the basal ganglia. 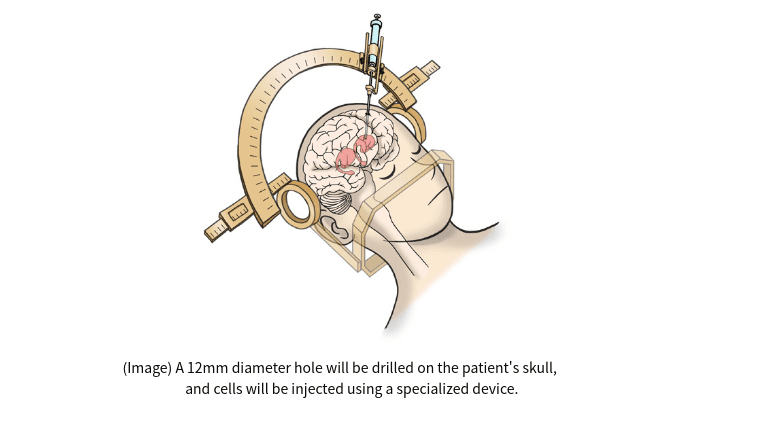 According to CIRA, seven Parkinson’s patients will participate in the trial at Kyoto University Hospital using iPS cells generated from third-party donor blood cells. Patients will receive an immunosuppressant in the event of transplant rejection. Futhermore, they will be continue monitoring for two years after the surgery.

Parkinson’s Disease: all in the genes

As with many currently irreversible conditions, the race to devise effective treatments for Parkinson’s is picking up speed spurred by medical advancements in the fields of cell and gene therapy.

Additionally, Denali, a biopharmaceutical company based in California, recently announced positive results from its Phase 1 clinical study of a small molecule inhibitor of LRRK2, a common genetic cause of Parkinson’s Disease.

“We conclude from this clinical trial that DNL201 was able to achieve the targeted level of LRRK2 inhibition at doses that were safe and well tolerated,” said Carole Ho, Denali’s chief medical officer. “The trial data give us confidence to proceed with further clinical testing in Parkinson’s patients and provide a solid basis for selection of the optimal dose for future clinical trials in patients.”

In recent years, advancements in gene therapy have given increasing hope to those with hard-to-treat conditions. In December 2017, the FDA approved Spark Therapeutics’ Luxturna for the treatment of a rare genetic disease of the retina. It was the FDA’s first approval for the direct administration of a gene therapy. Some patients can see properly for the first time because of the treatment.

Other rare conditions that that have been assisted by gene therapy include hemophilia and adenosine deaminase deficiency.

In conclusion, as the advancement of gene therapy and other precision methods continues, the adoption of custom single-use technologies across the life sciences will similarly grow.